Keep updated with the latest news on the LOOP-Ports project 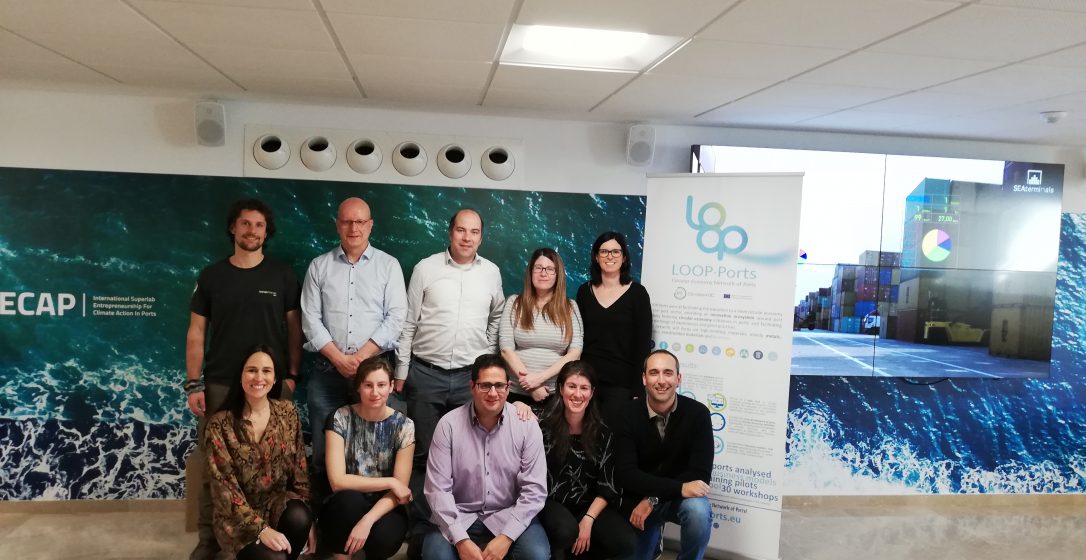 The LOOP-Ports project, which is coordinated by the Fundación Valenciaport and funded by the European Institute of Innovation and Technology (EIT) through the EIT Climate-KIC initiative, has as main goal to facilitate the transition to a more circular economy in the port sector, where products, materials and resources are maintained in the economy for as long as possible, and the waste generation minimised.

During the meeting, the partners have evaluated and discussed about the financial sustainability of the project, taking into account that the project will end in November 2020 and has a great potential at present due to the strong impact that the circular economy that this concept will have in the port sector.

During the session, some potential opportunities were discussed and analysed to explore the positive impact of the project results generated, the added value and the expected synergies to be offered to relevant stakeholders and other interested actors in the port sector that belong to the LOOP-Ports Network. Moreover, the identification and definition of a business model to be applied in the medium and long term in the project has been discussed, with the help of the project partners. To this end, there have been discussions about the partners’ interest and expectations, the role and the support needed in the future actions of the project.

During the meeting, a summary of the work already done during 2019 regarding the local workshops organised was done (Ravenna, Valencia, Malaga, Hamburg and with small fishing marinas in Castellón) with a high success and participation of many relevant stakeholders in the port logistics cluster that are interested in the project. In this sense, it has been perceived a special interest in steps forward to work together on circular economy with the project.

At the same time, it was discussed the next steps to be taken through different regional or European-level workshops to involve the members of the stakeholders’ network and other interested entities to exchange best practices on circular economy and to go forward following a common basis to be applied in ports. It would provide an important impact in the strategies at port level.

Finally, the project partners started with the planning and design of the circular economy training pilots needs that are going to be developed and organised in Italy, Spain and Denmark during 2020. During the session the adaptation of the pilot to the needs of each specific port cluster, the main objectives to be achieved and the target audience were stated.

Finally, the next steps of the project that will be carried out are the Pan-European Workshop, the institutional workshops and the preparation of training modules and the creation of business models to be replicated in other ports along Europe.

We address climate change across four priority themes: urban areas, land use, production systems, climate metrics and finance. Education is at the heart of these themes to inspire and empower the next generation of climate leaders.

We run programmes for students, start-ups and innovators across Europe via centres in major cities, convening a community of the best people and organisations.

Our approach starts with improving the way people live in cities. Our focus on industry creates the products required for a better living environment, and we look to optimise land use to produce the food people need.